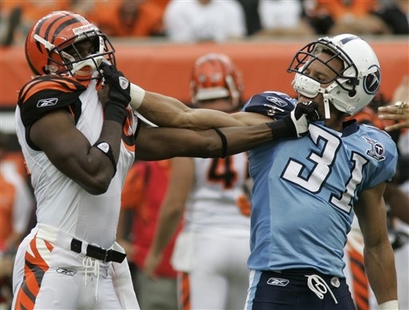 We all love Finnegan. He has proven this season that he is already an elite corner in this league, and he will probably get even better. Cort plays with a toughness and intensity that makes it impossible not to root for him, but that same intensity gets him in trouble at times with dumb penalties. Grade: A.

Harper has played solid all season long. He isn't a shut down corner, but he plays the system well. He is a pretty sure tackler and made a huge play in the Colts game when he broke up a pass intended for Marvin Harrison on 4th down. Grade: B.

Fuller is another role player that doesn't have his name show up in the box score often. He, like Harper, knows the system and plays his role as nickle back very well. You probably won't ever see him as a full time starter on this team, but he could not be easily replaced. Grade: B.

Eric King is really the only other corner who has seen any action, and he has played really well when filling in for Harper. The corners have been one of the best units of this defense. Grade: B+.