Tennessee Titans Morning Links: Well Now I Know Who I Want Us To Play In January Edition

Share All sharing options for: Tennessee Titans Morning Links: Well Now I Know Who I Want Us To Play In January Edition 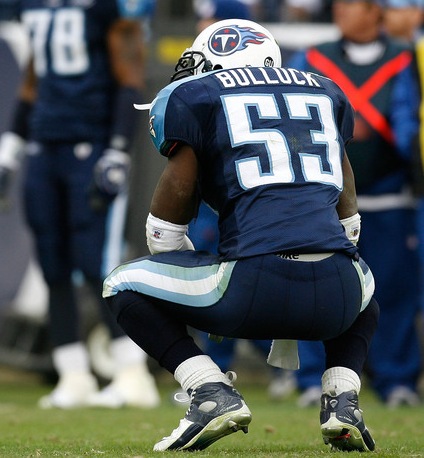 So we lost, big whoop; wanna fight about?

I think Keith Bulluck and I are no the same page: It'll be a very different ending if the Jets stroll in here during the playoffs and our Titans healthy.  Very different...

Congratulations to genuine American Hero Ahmard Hall for getting his first NFL touchdown on Sunday.

Favre noticed the same thing I did about Boom King: he was very effective, but certainly not completely healthy.  Also, you can bet we'll se more one-man route plays like the Jets ran yesterday to get the ball out in under 2 seconds in an effort to offset our pass rush.

Good thing Peter King didn't overreact and do anything dumb like say the 3 loss Jets are better than us overall and put them in the Super Bowl or anything, because that would just further erode his credibility and make him look like a mouth-breathing Favreian-fanboy:

2. New York Jets (8-3). Biggest day in the history of New Jersey sports: The Jets vs. the Giants in Tampa ... WITH SPRINGSTEEN AT HALFTIME.

Looking for a Titan to get mad at?  LenDale White is here to help you with that:

"I have been over it. It is a game, so what?’’ White said. "You would like to win it, but it is one game, so what? … I only played three plays so I really couldn't tell you what happened, I don't really know, I wasn't paying attention, I didn't care really.’’

Looking for one Titan to man-up and keep this loss in perspective?  LenDale White can help you with that too:

"We lost one game, the world's not going to end," running back LenDale White said. "That's how I look at it. We can all be mad and have our faces down and pout about it and not live your life now. But it's one game. You lose one game, that does not mean you can't make it to the playoffs, that doesn't mean you're going to go on a six-game losing streak, that does not mean anything like that. It's one game. You regroup, you come back next week, you've got a short week this week, and you just get ready to fight."

Jeff Fisher said he talked to LenDale after the dumb comment quoted above and everything is just peachy.  I'm guessing he reminded LenDale that we only had 11 carries all game and Crazy Legs is the far superior pass blocker, receiver and decoy of the duo.

So what's my opinion on the Chris Carr PI flags on the last drive?  Yeah they were definitely pass interference by the letter of the rule, but refs let that light level of contact go all the time late in games.  It was very weak that they stuck their nose into our possible comeback, but the refs didn't give up 190+ yards on the ground or drop at least 5 passes.