Tennessee Titans Morning Links: How To Clinch A Playoff Spot Before Thanksgiving Edition

Share All sharing options for: Tennessee Titans Morning Links: How To Clinch A Playoff Spot Before Thanksgiving Edition 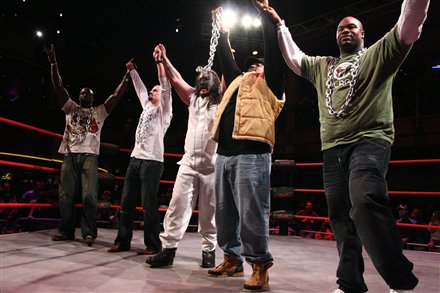 Oh how the times have changed: a few years ago the Titans made the playoffs without a single starter making the Pro Bowl.  Now Haynesworth, Bironas, Hentrich, Crazy Legs, Mawae, Amano, Scott, Bulluck, Finnegan, Griffin, Hope, Boom King and Kearse all have a good to very good chance of making the Pro Bowl this year.  How Amano and Scott are doing better than Roos and Stewart I have no idea, but that's a very impressive tally none the less. ****UPDATE: Paul Kuharsky has a breakdown of where the AFC South players rank in the voting, and their tallies as of yesterday.

I wrote a lot of mean jokes about PK while trying to figure out why I was so annoyed about this armchair diagnosis of VY, but in the end I had to say I kind of agree.  If VY makes it back and is successful as the Titans' starter, it'll be a sign of tremendous character and perseverance... on a level that most young, rich and top 5 picks don't show historically.  I could definitely happen, but it would be the exception to the anecdotal-rule.

Jim Wyatt lays out the ways the Titans could clinch a playoff spot this weekend with a victory over the Jets.

Gary Estwick reports from Boom King's charity Wrestling event on Monday night at the Wild Horse, and there are some odd pics as well...

Not familiar with the career and stories about Kerry Collins pre-Titans?  Check out ESPN's Clip Reel on him.

Sports Journalism's Golden Calf, Mike Lupica, says the Giants are the new Yankees, but he also uses this profound logic and expert syntax:

[The Giants] are the class of the sport right now, both sides of the ball, just about everywhere except with personal seat licenses. And that stands whether the Titans are 10-0 or not.

Here's an update on the race for the yearly league awards as measured by the awesomely named Bucky Brooks:

Coach of the Year

1. Jeff Fisher, Titans (1): When your team rolls out to a 10-0 start, you have to be considered the front runner for this award.

Offensive Rookie of the Year

2. Chris Johnson, RB, Titans (2): The electrifying runner has been held to fewer than 100 yards in his past four starts, but continues to make contributions as an all-purpose threat. After tallying 88 total yards against the Jags, Johnson ranks second among rookies with 990 yards from scrimmage.

Defensive Player of the Year

1. Albert Haynesworth, DT, Titans (1): The one-man wrecking crew put on an outstanding show against the Jags (seven tackles, one sack and a forced fumble). Haynesworth's seven sacks push him into a tie for the league lead among defensive tackles with the Vikings' Kevin Williams.

Veteran commenter and patriot Rustmeister weighs in on the Titans, with a little special hope that Mr. Favre leaves a few divots in the turf at LP Field courtesy of our defensive line.